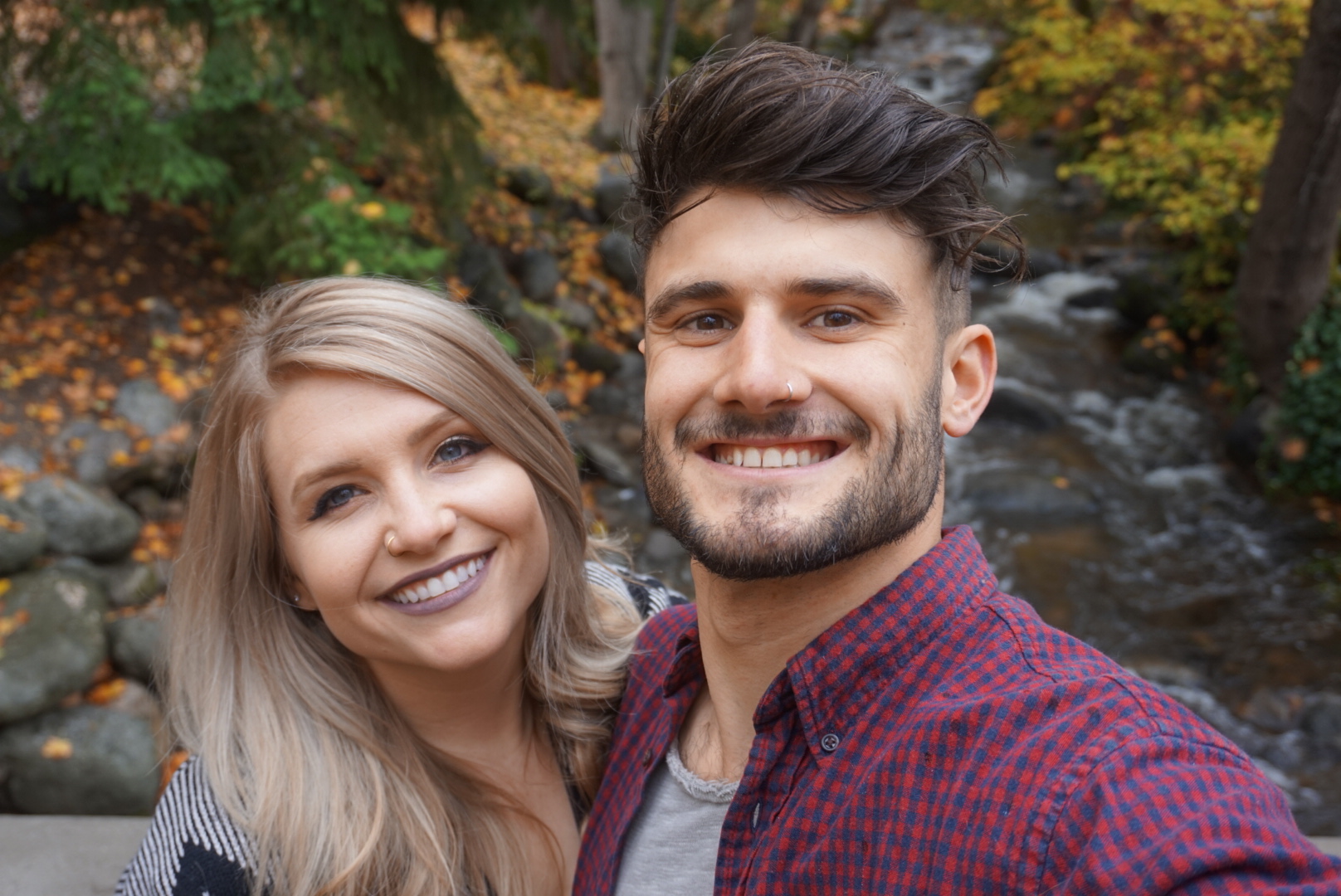 Hello from Oregon, USA!
We are Sammy and Crystal Blackmore.
We accidentally fell in love on Instagram 6.5 years ago.
Sam is from Melbourne, AUS and moved overseas to Oregon, USA to marry me (Crystal)! I design apparel and drinkware for a hip drive-thru coffee franchise (over 315 stores across the states) called Dutch Bros! Sammy owns his own tree-care business (It’s called Good Bloke Tree Care, maintaining those Aussie roots)!

We both are musicians, though Sammy is next level on drums and could probably play for any major band (not biased!) and my singing + guitar playing is more of a hobby. We love the outdoors, including hikes and bikes and fishing and backpacking and camping and floating the river, etc!
(Oregon is the perfect place for that!)

1. TELL US YOUR SIMPLE LOVE STORY

CB & SB: One day (I, Crystal) posted a photo on Instagram of a man giving his shoes to an orphan. I typed a few hashtags under the photo, one of them being “#jesus”. Coincidentally, Sammy was in his room in Australia browsing through “Jesus” photos randomly. He clicked the photo and commented “Wow. Powerful.” From there, we started communicating nonstop, we just clicked right away! We fell in love over Skype and 10-hour phone calls within weeks! Four months into talking we finally met in person at the airport in Portland, Oregon, USA. This was the best day of both of our lives (finally being able to touch and hug and BE WITH the person we loved so much!) A year later, we married. We are coming up on our 5 year anniversary…and it all started with #jesus…

2. YOU GUYS HAD A CRAZY BEGINNING TO YOUR LOVE STORY – HOW DID YOU MAKE THINGS WORK AND BUILD A SOLID FOUNDATION WHEN YOU WERE DOING LONG DISTANCE?

CB: The timeline is as follows: January 2012-June 2012 we talked on the phone and Skyped as much as possible as we got to know each other. In June, Sam visited and met me in USA for 3 weeks! After he left, I immediately booked flights to AUS. Four months passed long distance (AND IT WAS PAINFUL) and in Dec 2012 I left for Australia for 2 months…which turned into three months since we couldn’t stand the thought of leaving each other! He proposed in January 2013, I left back home late February 2013.
We filed all the papers (what an actual headache!) to get him a USA “fiancé” visa and it took EIGHT MONTHS to process…the slowest time of our life. It was a waiting game.
In June 2013 (it had been four months since I’d seen Sam), I went back to AUS to visit for three weeks, not knowing when the visa would be processed or when I would see him next.
Late September 2013, Sam’s visa got approved! We booked his tickets and he arrived with two suitcases (and nothing else to his name) on October 1st, 2013. We spent that week catching up, celebrating with family, and planning a wedding.
Our friends and family got only a few weeks notice and on October 26th, 2013, we were married! The long distance, the wait, the distance, was FINALLY over!

We got to know each other quickly and were able to work through issues faster since verbal communication was all we had, no in-person distractions, etc. We both made a huge effort to be active in our own lives as well and live in the moment. When we started to miss each other too much, or wish we were with the other, we tried to repurpose ourselves to appreciate and live in the moment with those around us at the time. 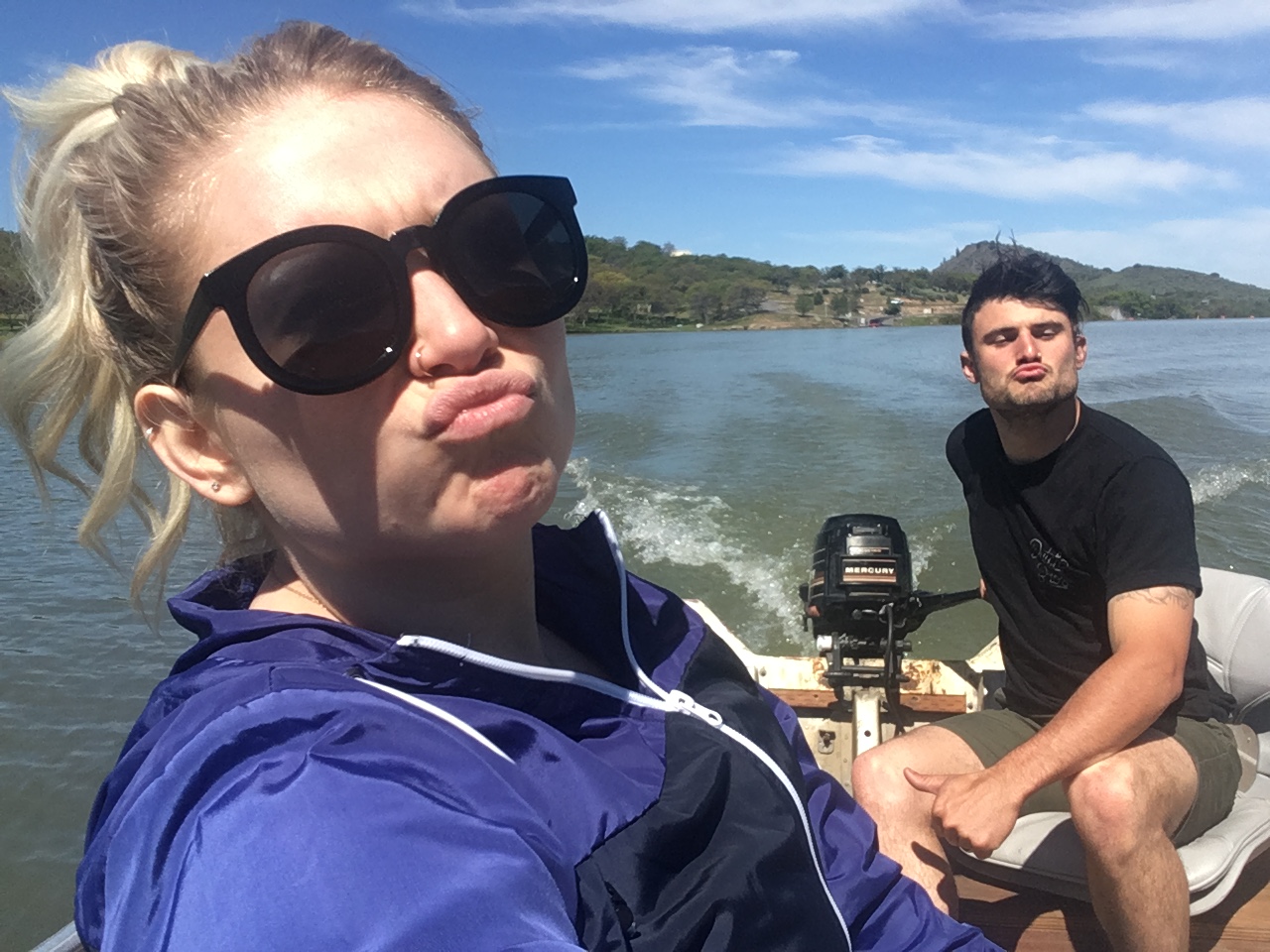 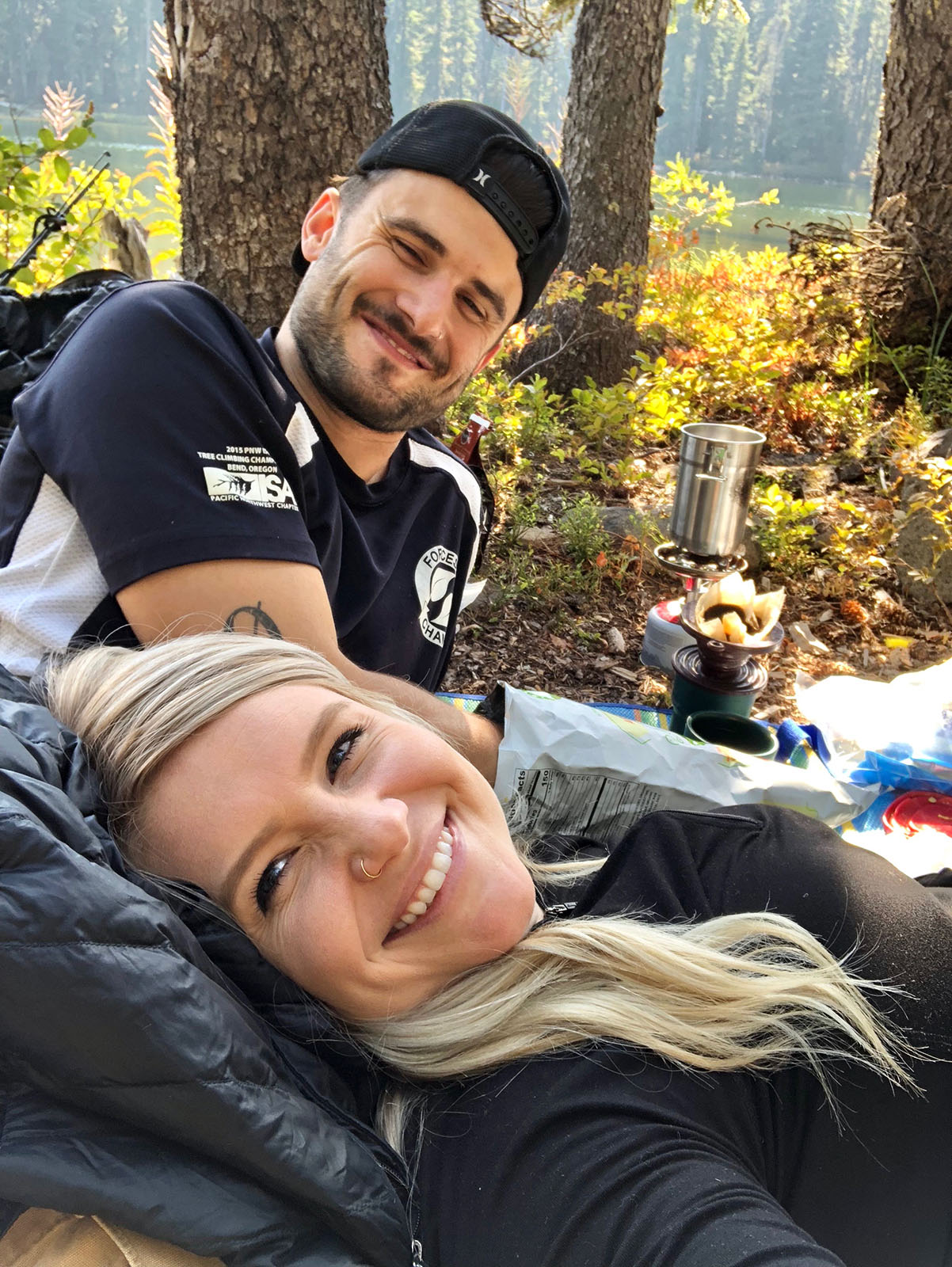 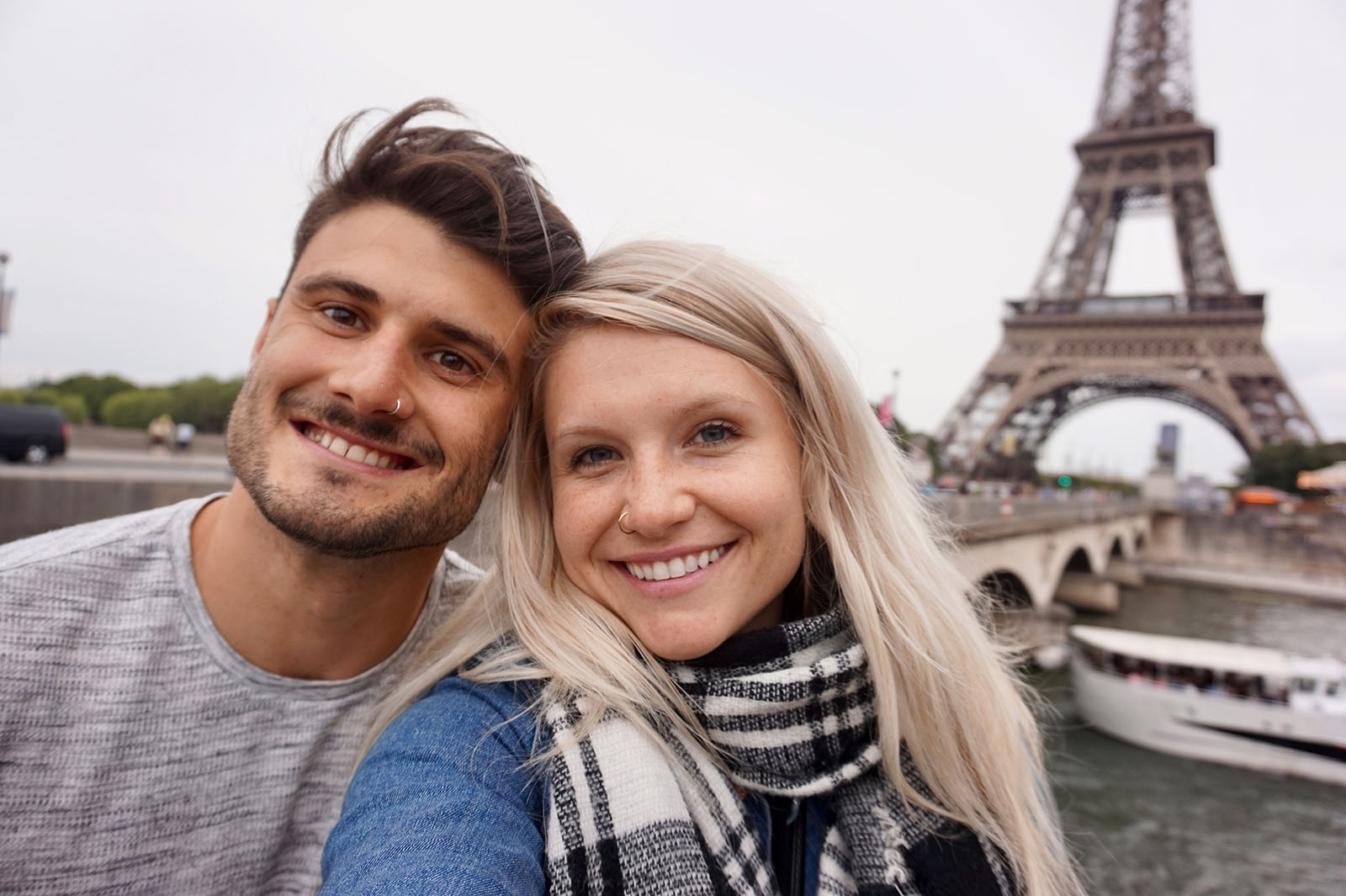 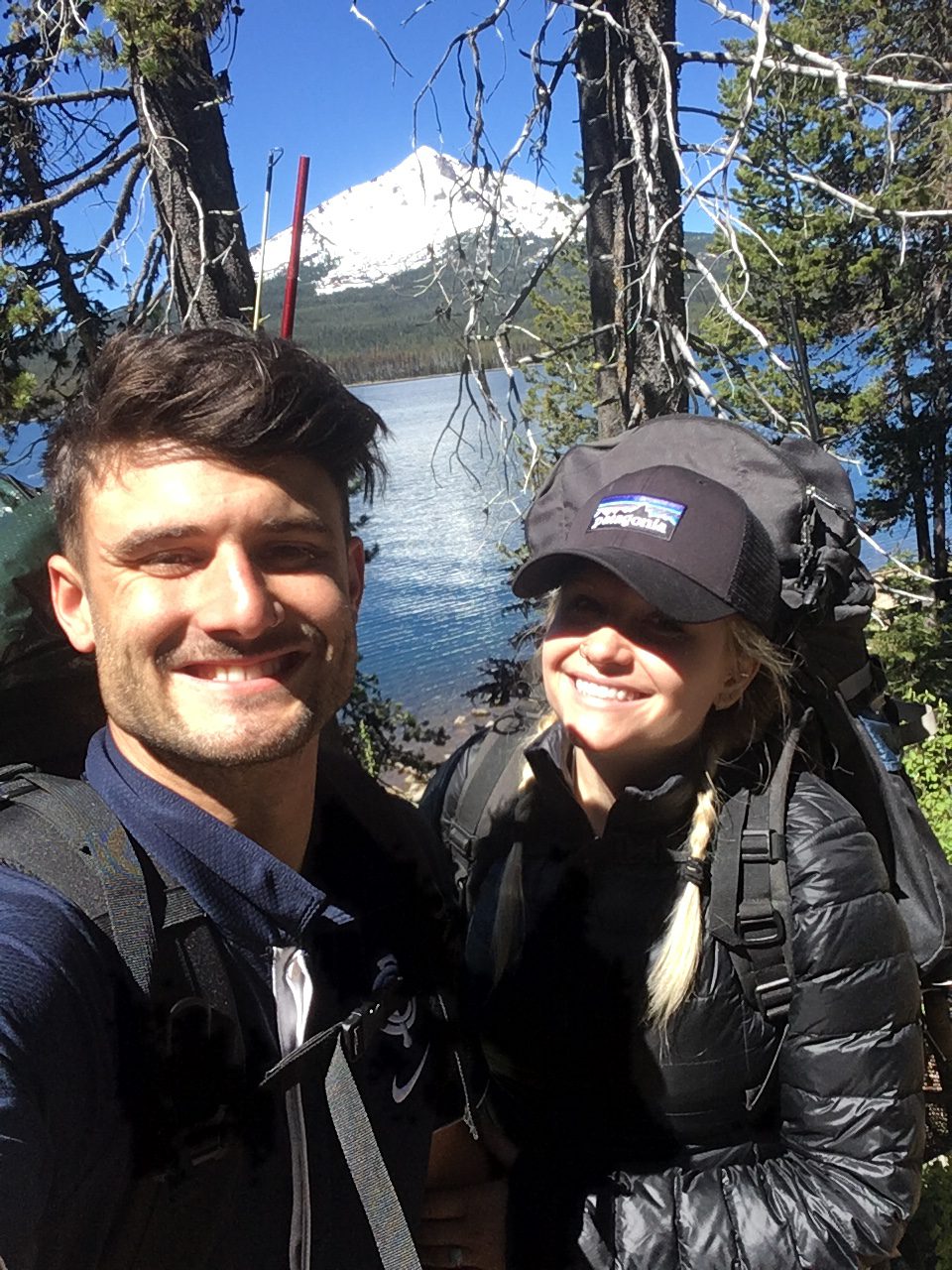 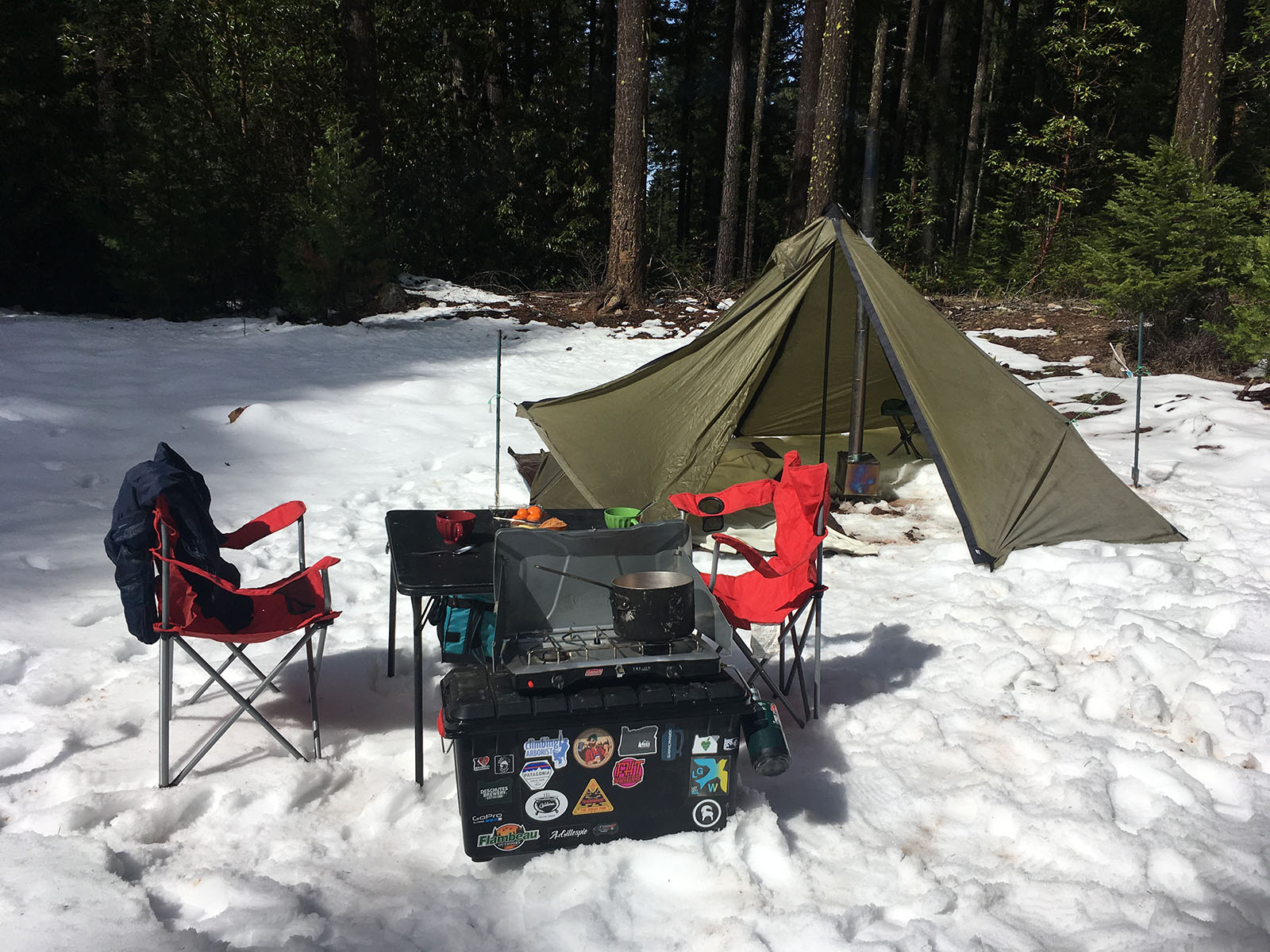 3. DESCRIBE ONE WAY YOU EACH INTENTIONALLY GROW YOUR LOVE

CB: By working on myself. I take my negative qualities seriously and commit them to the Lord in prayer. If there’s no hard work involved, there will be no growth. I don’t want to be stagnant in my personal life, let alone my marriage! People get scared of change (especially in marriage)…but I say, bring it on! NO WAY I want to be the same woman I am now, five years from now. There’s too much potential to just roll over!

SB: Learning to sacrifice is what makes me love Crystal more. Taking my responsibility of a husband (and one day a Father) seriously. Jesus commands me to love her gently, and wash her with the word. This means that I have to be walking diligently in His truth. I need to constantly be relying on the strength from the Holy Spirit instead of defaulting to my desire to be self-dependent.

CB: In the Summer, we’ll take our cute/humble little boat to a number of lakes. We’ll pack sushi and healthy snacks and picnic on the boat while listening to Fleet Foxes and fishing for dinner. I always catch the biggest fish….

SB: We recently took a day trip and hiked into the Sky Lakes Wilderness. We ate a picnic lunch (and brewed coffee with filtered lake water) by the edge of our own private lake, brought a fishing pole and caught brook trout, and went swimming in our underwear, then hiked back in and drove home. On the way home we picked up sushi then ate it in bed while watching Dr. Phil.

5. SHARE ONE KEY TIP YOU GUYS FIND USEFUL WHEN RESOLVING CONFLICTS THAT ARISE

CB:  Sam and I are very passionate people, so we’ve had our fair share of conflicts. They used to be more explosive when we didn’t know how to deal with them. Now, I try and focus on not letting my emotions getting involved…not letting the words that are said hurt me, and not getting frustrated if I feel misinterpreted. Something that also helps us is some space if things are getting out of hand. As long as we let the other know something like, “I need to go for a drive, I’ll be back in an hour, I love you.” Then the other isn’t left at home confused or worried, and they know when the other will be home, and that they still love them. That has helped us calm down heaps. During that time, I usually can reason with my emotions, and Sam calms down and usually gets encouragement from our Pastor Pete.

6. SHARE YOUR BEST PIECE OF ADVICE TO KEEP A MARRIAGE THRIVING

SB: Consistently read your bible and take the humble road, EVERY time. 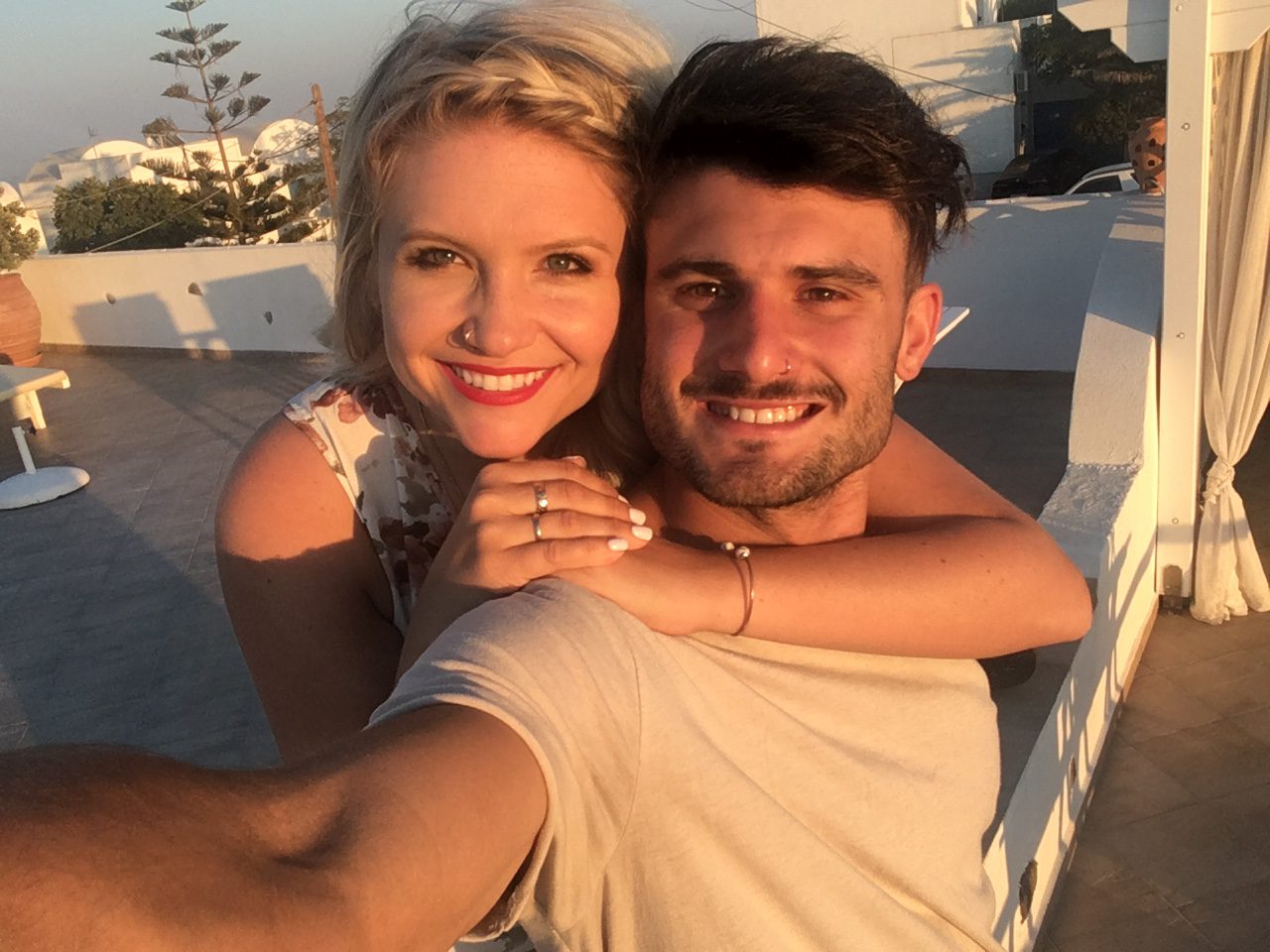 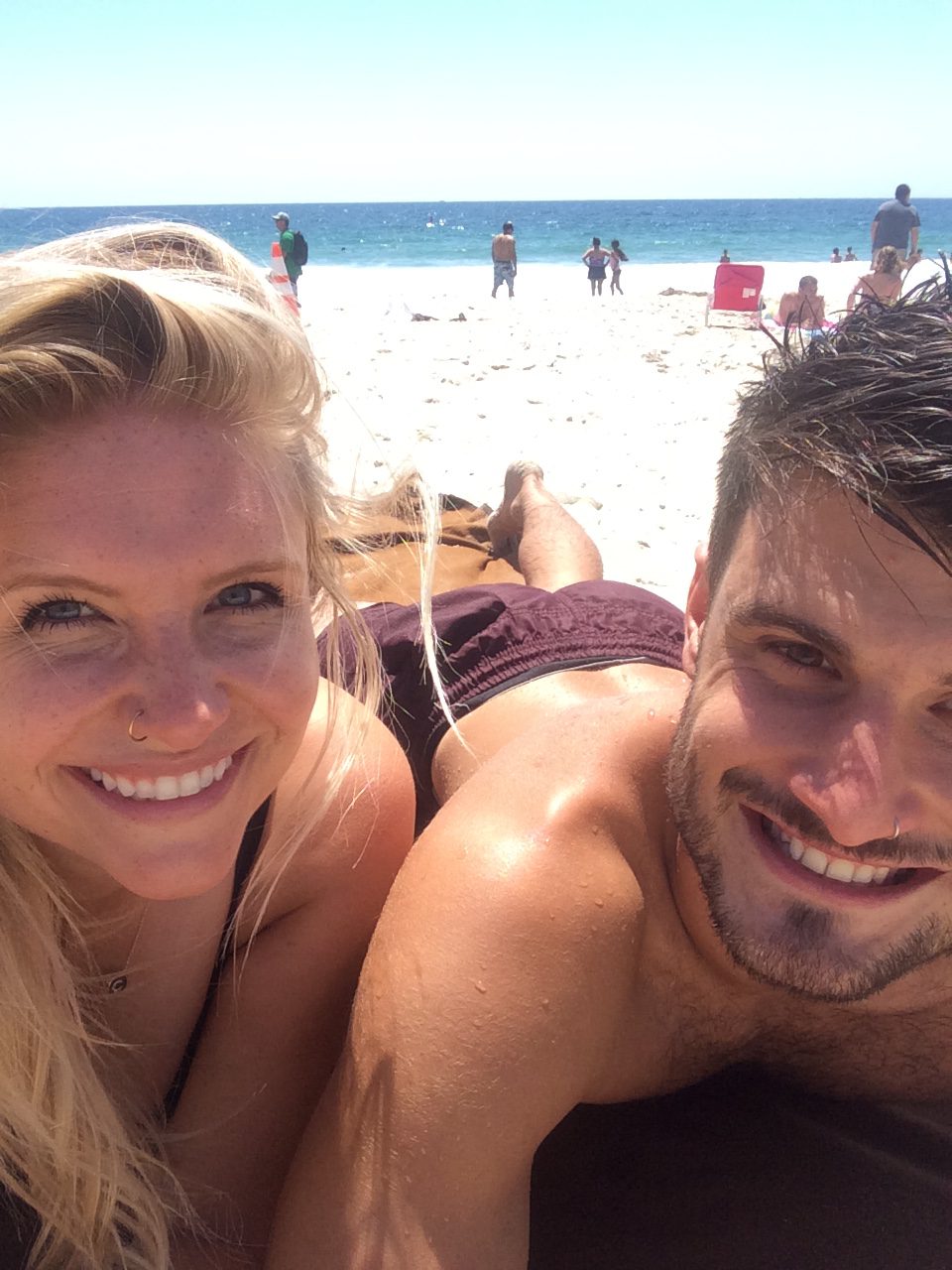 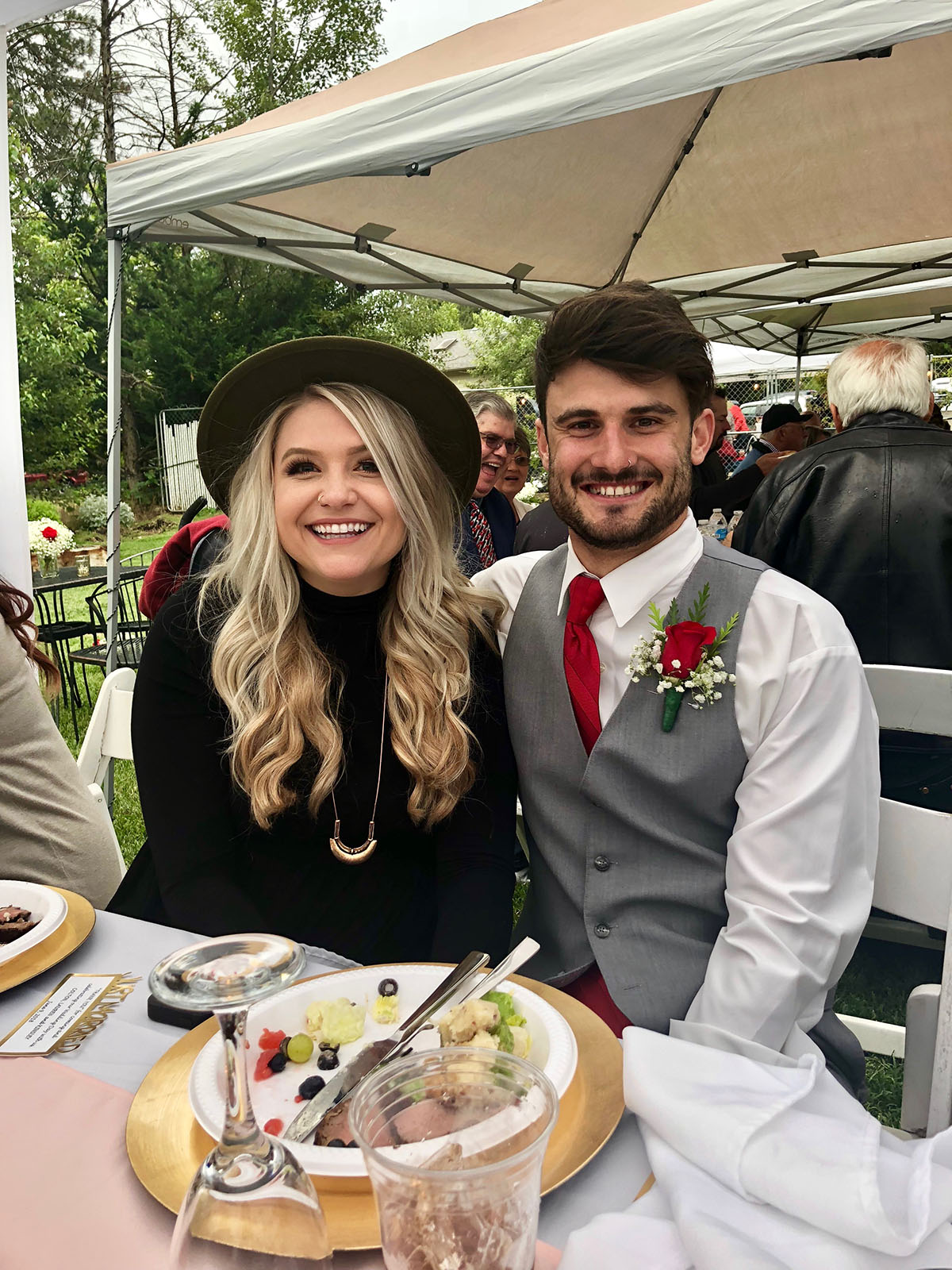 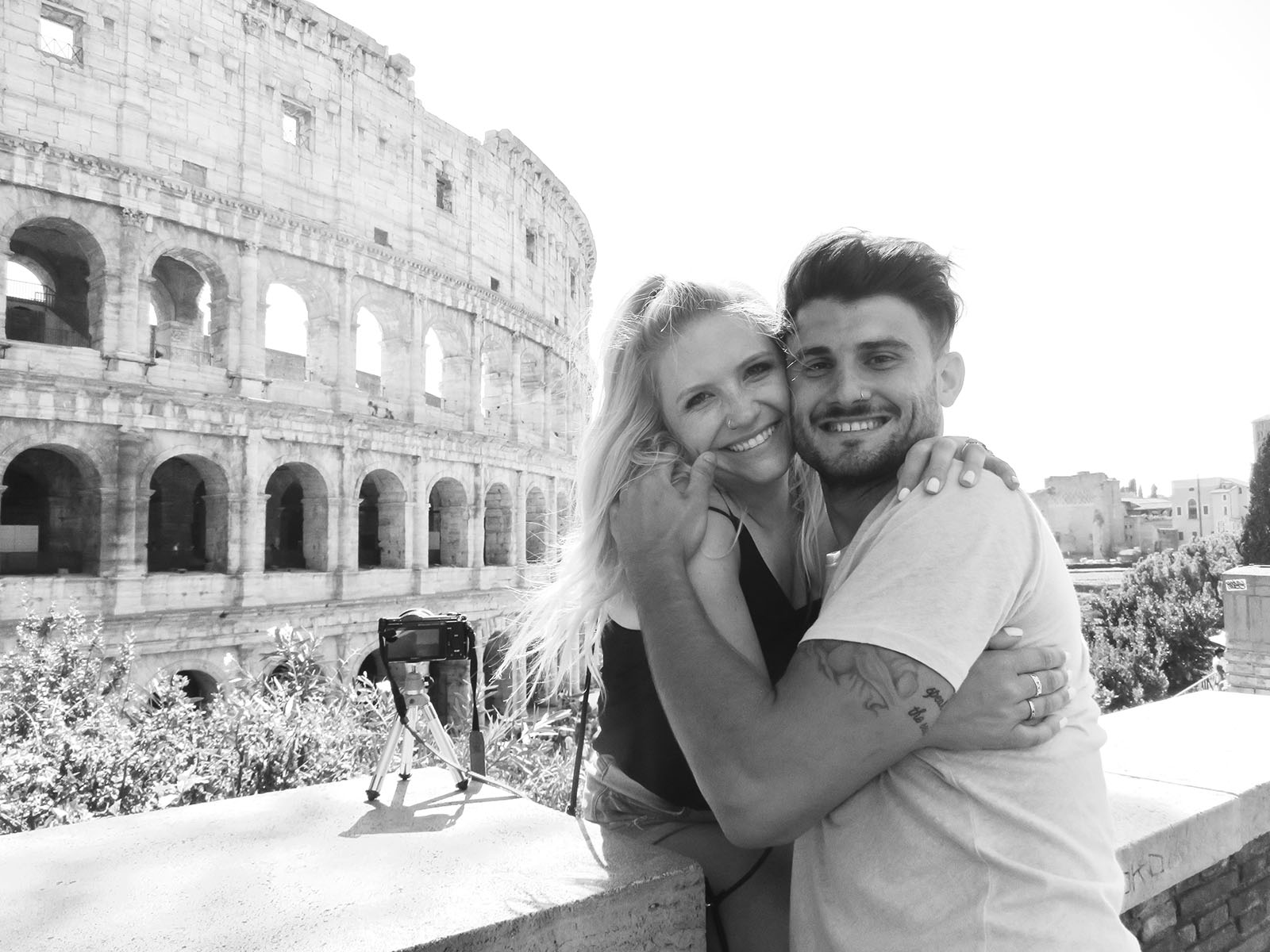 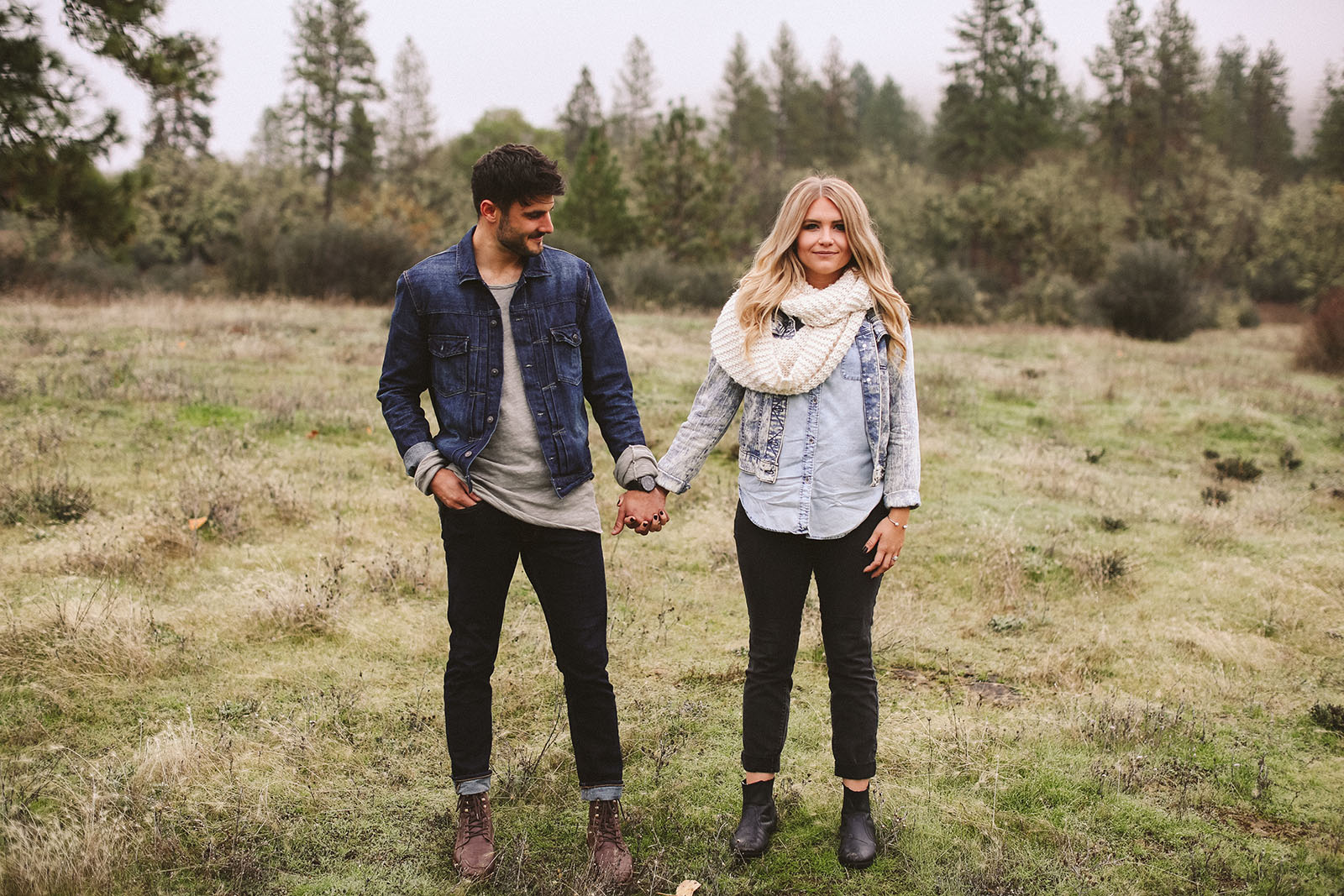